Lol, how in the world have I not made it before now?

smittyb said:
Lol, how in the world have I not made it before now?
Click to expand...

I didn't say you weren't on it.

I just added a 'Y' to the "sticker scofflaw" column.

Shit happens when you party naked

Left at the mesquite tree, right at the pump jack

RevolverGuy said:
Thanks, and sorry for the ballistic response.

I’ve hunted my whole life and seen pretty much everything animals can do to each other (including people.). But finding our little man like that was a disturbing sight I can’t unsee. Still, no excuse.

I’m barely in the city limits and right on the edge of an ever-shrinking rural area. My house backs up to an Oncor right of way about 125 yards wide by 600 long and woods at either end. We get deer feeding right up to our back fence (which is what we thought he was barking at), turkeys from nearby river bottoms, and pretty much everything else native to the area.

Unfortunately, it’s still the burbs and some of my yuppie neighbors (especially next door) would freak at the notion of someone shooting coyotes (unless, of course, it had been their dog.)

I have no illusions of eradication (that’s impossible) but just cap one or two to let the bastards know they’re not at the top of the food chain anymore. They’re smart enough to stay away after that. Then possibly repeat annually as needed.

And yes, some payback for our little man would be extremely satisfying.

What I envisioned is getting them as close to the back fence as possible (maybe baiting) and shoot down from an elevated position. to avoid skip ricochets. No long-range sniping.

I’ve killed a few coyotes while deer hunting, or that answered my turkey call, but never actually hunted them, so I have no idea if that would work. I suspect though, that these suburban dogs would be a lot less wary than their cousins out in the country who get shot at regularly.
Click to expand...

Sounds like your on the right track. Damn yuppies...
L

Pretty big penalty "if" you get caught. Firing in a city will have big issues if someone sees and reports you. Might want to consider a thermal scope too as night will be your friend in this kind of endeavor.

I don't usually condone shooting without earpro, but I was shooting 158gr 38 specials out of a levergun without earpro and they didn't sound any louder than a .22lr out of a rifle. I doubt they were traveling supersonic. Might be another consideration of getting a levergun in 357/38 and suppressing that. Just as quiet but more energy.
L

Or a .45 Colt lever action with subsonic loads, suppressed. Just traded for a Henry All weather in this caliber. It would do well for that.

TreyG-20 said:
I don't usually condone shooting without earpro, but I was shooting 158gr 38 specials out of a levergun without earpro and they didn't sound any louder than a .22lr out of a rifle. I doubt they were traveling supersonic. Might be another consideration of getting a levergun in 357/38 and suppressing that. Just as quiet but more energy.
Click to expand...

Another good option. My buddy just got his 1895 threaded and brought it over the other day. With his Hybrid 46, it was stupid quiet with 158 gr cowboy loads.

Mine's in 44 mag and stupid quiet with subsonic 300gn handloads.

Mine, .22lr Savage FVSR and my Sparrow can. Verwy, verwy quiet and very accurate with CCI SV! 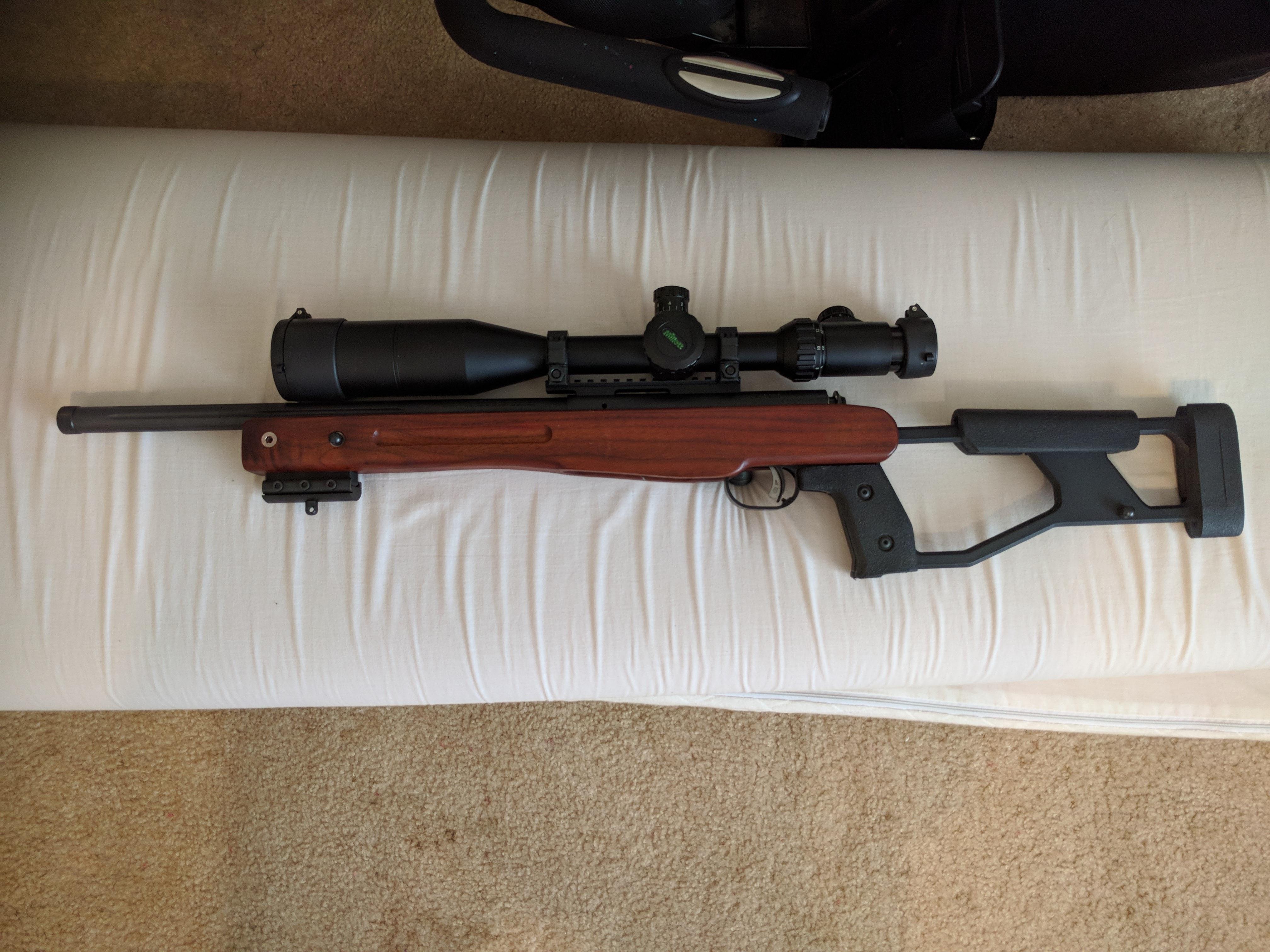 Only way to go in my book.


https://www.google.com/url?sa=t&source=web&rct=j&url=https://m.facebook.com/pages/category/Defense-Company/LeoneDevelopment/posts/&ved=2ahUKEwjrmsCDm4HzAhXkMn0KHVIyCwkQo7QBegQIDBAB&usg=AOvVaw2FG9WSWyFjBCTqFKUVJ50K
You must log in or register to reply here.