Some folks here don't like Bracken, but it started off as a genuine German Schuetzen Verein in the late 1800's.

Those guys out in Boerne have some serious rifles...

The Grapetown club on this day, 114 shooters for the Fest. Great time had by all...
DPSTX

majormadmax said:
Those guys out in Boerne have some serious rifles...

Are those breaks or suppressors on the end of the rifles in the top left? I don't think .22lr need breaks, and they don't look like suppressors (I could be wrong of course).

Awesome story. Thanks for posting.

Self Appointed Board Chauvinist

Texas42 said:
Are those breaks or suppressors on the end of the rifles in the top left?
Click to expand...

Those are "tuners". With a change in ammo, you can adjust the tuner, which either moves the weight inward or outward, to tighten the groups. They work really well and there are many designs out there with most people making their own. You change the harmonics or vibration of the barrel.

Since this topic came up in conversation today, I thought it would be worthwhile to bump this thread back to live to see if we have anyone new who participates or knows more about these clubs... 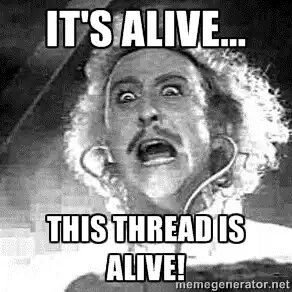 Pretty cool reading up on the history of these clubs. Of course, some Serbian nut job had to screw it all up.

Dang it, here I am the OP of this topic, and I forgot to include Helotes Hermann Sons Lodge No. 76 (commonly known as Braun Hall), just up the street from me, which was built in 1893 as a Schützenverein by the Hermann Sons; a non-profit fraternal insurance organization that originally began as a fraternity organized by German descendants!

And oddly enough, I noticed Wikipedia said this about these clubs in the United States...

Schützenvereins were founded in the Unites States by German-Americans and acted as a social club for their communities. Each club had a range for target shooting and often also a bar.[2] Larger clubs could have extensive facilities such as an inn, dance hall, music pavilion, zoo, bowling alley, roller coaster, refreshment stands, athletic field, picnic grounds, and other amusements. It was common for tens of thousands of people to attend a major event.

The popularity of these facilities began to decline in America around 1917, when the anti-German sentiment from World War I restricted the activities of German-Americans and led to the prohibition of the use of the German language in public. Many businesses and organizations changed their German names or dissolved. The American Schützenvereine were dealt another serious blow in 1919 when the "Prohibition Act" outlawed the manufacture and sale of alcoholic beverages, the consumption of which was casually mixed with shooting activities.
Click to expand...

This topic, as well as other Texas history, always continues to fascinate me!