I acquired a Mossberg 640KA Chuckster rifle in 22 WMR not all that long ago. Decided to field strip it for a cleaning today and to give it a better look over. When it came to trying to take out the bolt, I was perplexed. It did not come out the way as did the bolts on any other bolt action rifles I have handled. I tried several different things and then figured I had best check with the all knowing (almost) font of knowledge and balderdash - dah iNtraweB. I was happy to find a copy of the apparent original instructions and they addressed this particular issue in depth. I also found a video on YouTube and while the guy was able to get the bolt out he also removed screws that had nothing to do with getting the bolt out (which he noted in the comments section some time after submitting the video).

Anyway had I not found the written instructions, I don't think I would have figured out how to remove the bolt without breaking something or without at least removing those two screws that did not need to be removed. I much prefer doing it the right way when it comes to firearms so I followed the instruction sheet thinking that Mossberg knew better than a YouTuber who had some clue but only got it partially right.

Here is the video followed by the instruction sheet:

The video kind of makes me wonder what those two little screws held on the inside of the channel for the bolt. Next time I take out the bolt, I will try to remember to take a look (did not think of it today until after I put it back together).

Here are the manufacturer's instructions: 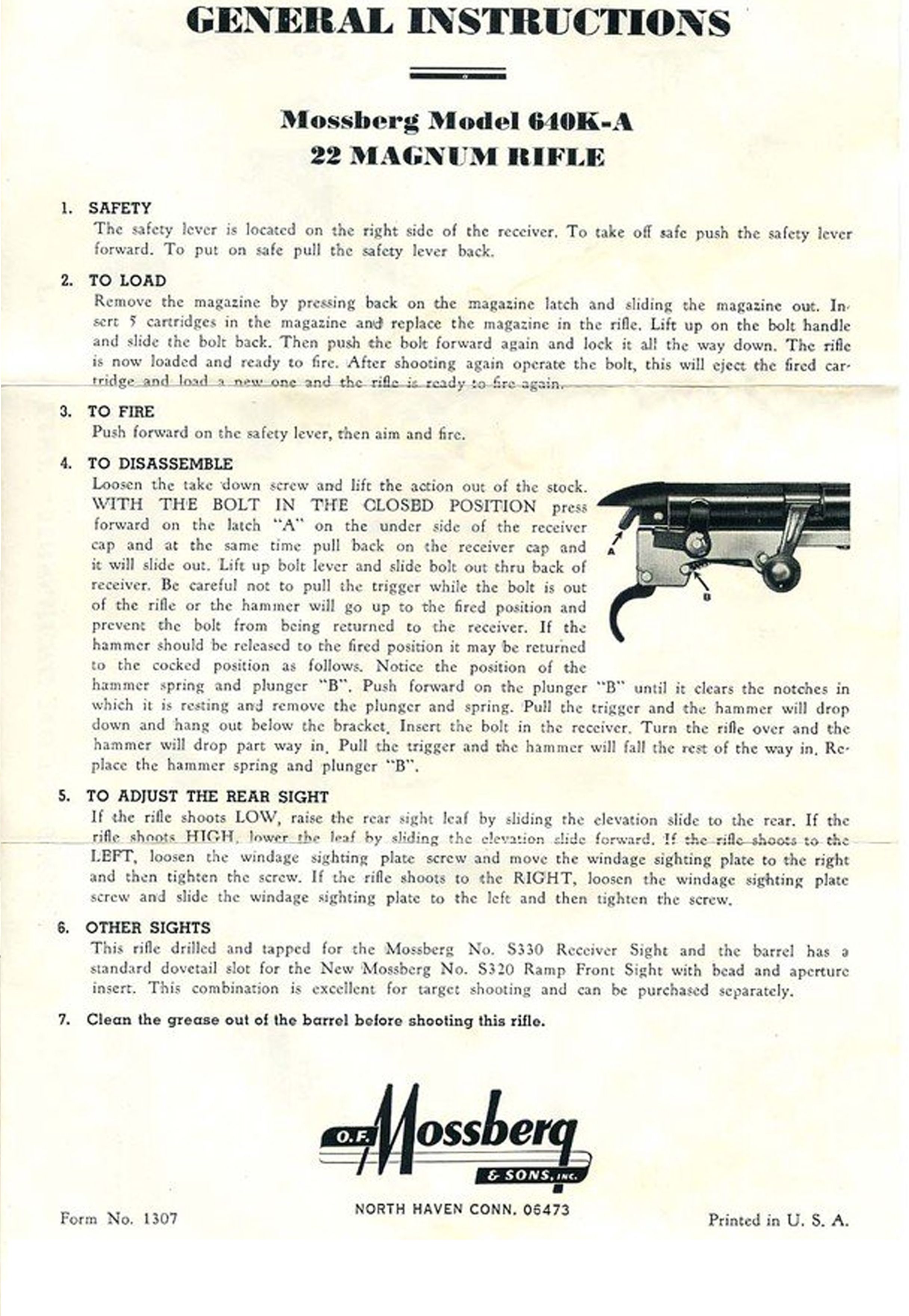 As far as I am aware, the manner of bolt removal and the mechanism involved are unique to this line of Mossbergs and no other bolt action rifles. Then again, I have handled and operated only a relative handful of bolt action rifles, maybe 50 to 75 different models from among those made by various gun makers but I can most definitely say - I have never handled another bolt action rifle with the same steps or mechanism involved to remove the Chuckster bolt.
Last edited: Saturday at 8:53 AM
You must log in or register to reply here.
Share:
Facebook Twitter Reddit Pinterest Tumblr WhatsApp Email Link