Lake city ammo not for civilians.

Nothing warms my heart like the smell of gunpowder 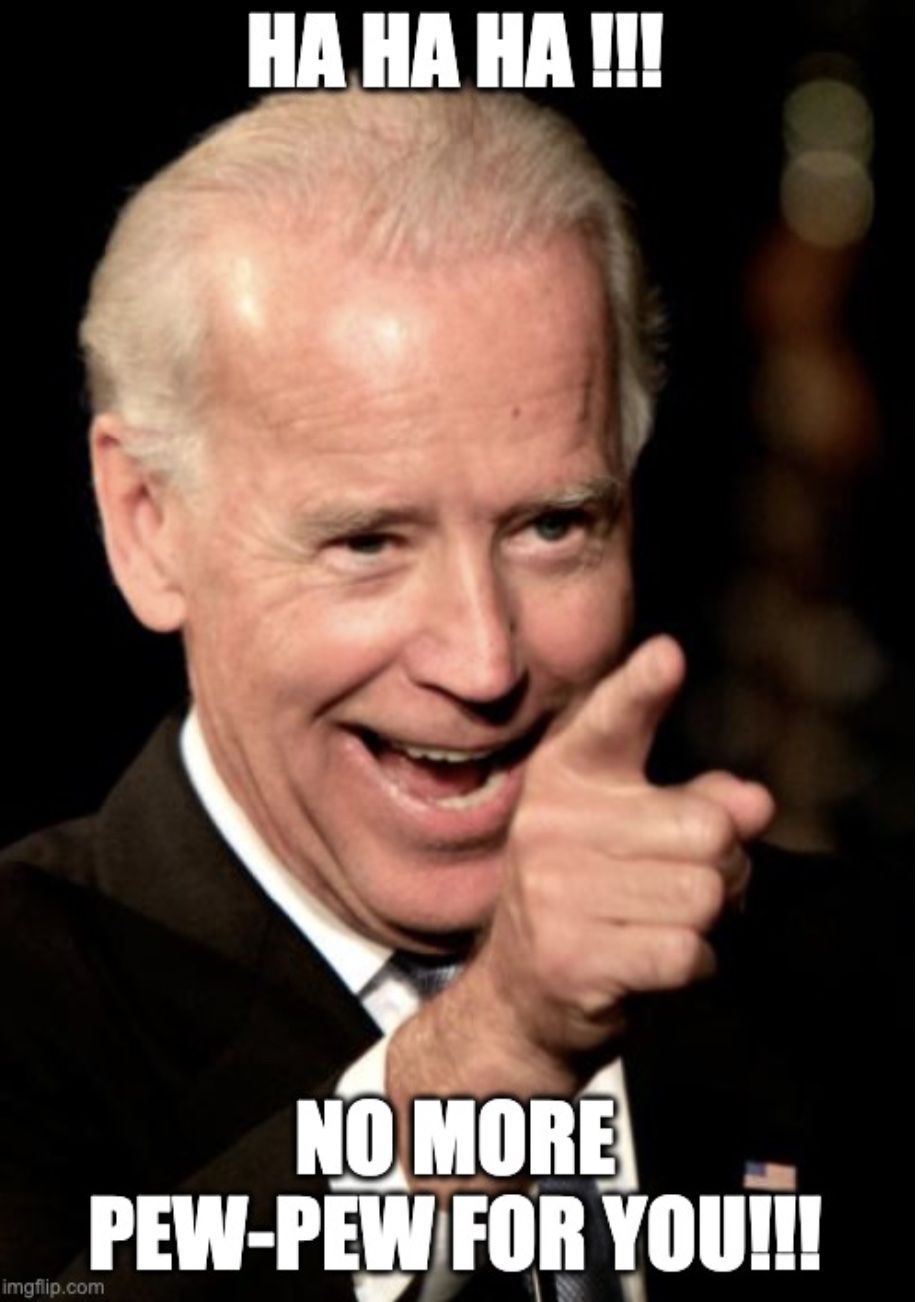 The market is flooded with green tip and there are so many companies pumping it out I'm not sweating it. I bet a bunch of the COVID era buyers realized they can't shoot it at most ranges. So it's out there. I've honestly had the best results accuracy wise from pmc green tip anyhow. As far as m193, there's is no better or worse than any other.

Sadly this move only hurts american companies, manufacturing and citizens just like most of Biden's actions.
P

Who would care if we could get primers at a reasonable price?

Michael Garrett, a gun shop owner, posted this on FB:

So...if you haven't been keeping track, here's the rough sketch.
In August of 2021, President Biden banned all import of ammunition from Russia, in a move that restricted the available ammo supply to American consumers by 6.5%, according to a fact sheet published by Small Arms Analytics and Forecasting. The US imported roughly 765,487,845 cartridges from Russia in 2020.

Now, last week, The NSSF reported that Winchester had been informed by the US Government, that they could no longer sell surplus rounds produced at the Lake City Arsenal, to US concerns.
Winchester operates the LCA under contract from the US Government and makes the majority of M855 and SS109 ammunition, which are the most common types of AR15 ammo.
How much do they produce? 30 to 40% of all 5.56 ammo that is sold to US consumers is made there. They make so much, that Winchester would have to lay off an estimated 500 people if this were the case....and thats just the surplus amounts.
When asked about the report, White House Press Deputy Secretary Andrew Bates replied, 'This isn't true. We will not let that plant close.', which is true, since it will continue to manufacture ammunition for the US Military and US Government, but totally avoided the question of whether they would cease sales of surplus ammo.
Combined, that would reduce the amount of 5.56 ammo available to US citizens by almost 44%.

Your guns aren't all they are after, folks.
F

Other government agencies as well. The Railroad Retirement Board was cited as an example supposedly are doing similarly buying 9mm.

Lake city ammo not for civilians.

FNORD said:
The Railroad Retirement Board was cited as an example supposedly are doing similarly buying 9mm.
Click to expand...