How much spare ammo is enough to have on you for your "emergency life saving tool"?

I carry enough shit with me - I don't need to add a specific less-lethal weapon. 32 years this year as a student of martial arts - if I need an impact weapon, I'm it. My brain is my #1 weapon, #2 are my eyes, #3 my ears, and #4 my mouth. Those four things have saved me from a lot of potentially bad situations before.

I carry a small fixed blade knife for if things go really bad. I carry a folding knife because I use it almost daily, opening shit, cutting line, or scraping crap out from under my finger nails. I carry a flashlight that's used multiple times a day. I carry my gun because bad people do bad things and I've needed a gun before and know I don't want to find myself in a similar situation without it. I carry a spare magazine because the most common malfunctions with magazine fed pistols are magazine related, and to a lesser point yeah, if I have to face down zombies, I don't want to do it with *just* the 16 rounds in the gun. Gun has a light on it because if I need the gun at night, I'm going to 1.) use the light to ID potential threats and 2.) try to disorient or temporarily blind a potential attacker and I need my off hand for something besides holding a flashlight.

I'm not carrying medical shit. I have thought about it - and I carry a first aid kit in the car. Yeah, I get it - if I get into a fight and we go to guns or knives, there's a damn good chance I'm getting slit or shot but I'm just not ready to make the jump to carrying a trauma kit everywhere I go. I'd rather carry a bottle of water everywhere, I'll certainly use that waaaaaaaaaaaaaaaaay more often than anything else I could carry, and it gets lighter as you use it.

Watching While the Sheep Graze

DougC said:
For those who do carry such a 'tool' these comments by Massad Ayoob, gun guru, author, instructor and all-around good guy' provides some food for thought. While I have heard/read how few rounds are fired in a civilian gun fight having a spare mag in case of malfunction and/or drop by accident seems like a good idea.

Years ago I took a basic pistol training course with Massad and was very impressed with his depth and breath of knowledge related to firearms.
Click to expand...

And here an online video rebuttal from the Active Protection Network on Massad Ayoob's comments about carrying a spare reload. Love it when the 'expert' start slinging hot views/opinions. Next up Massad.

Back in the last century when I started carrying concealed the guns had a limited round capacity. So I got in the habit of having a reload and didn't change when higher capacity guns became available. Easy enough to carry that extra mag.

Wife, kids, ARs, Glocks and Jeeps. What a life!

Vaquero said:
One left over when the smoke clears.

Did you fire five rounds or six? In all the excitement I lost count.

DougC said:
And here an online video rebuttal from the Active Protection Network on Massad Ayoob's comments about carrying a spare reload. Love it when the 'expert' start slinging hot views/opinions. Next up Massad.

Calling that guy an "expert" compared to Ayoob is like calling Evan Hafer an "expert" in public relations. Mas has socks that are older and more experienced than Lil' Johnny.....

I’d much rather have a gun with 100 round drum on me than 12 spare mags, but that just isn’t realistic.

Even when I carried a higher capacity gun, I carried a spare mag. To me it was a simply better to have and not need than to need and not have. I read plenty of stories, seen plenty of video of officers and citizens shooting their guns dry at the primary threat. If another threat shows itself or the primary isn’t done a reload would be needed to stay in the fight. Yes, training and all that jazz comes into play, but when the fecal matter hits the impeller folks do stuff they might not have trained. I’ve yet to read a single story about someone who was involved in a gunfight and felt bad they had a spare mag they didn’t have to use.

With that said, Ive also gone with no spare if there was just no place to store one.

IMO, there is nothing written in stone. Aside from maybe to just have a gun. Beyond that it’s sets of compromises based on the situation.

My minimum is two spares along with the one in the gun. 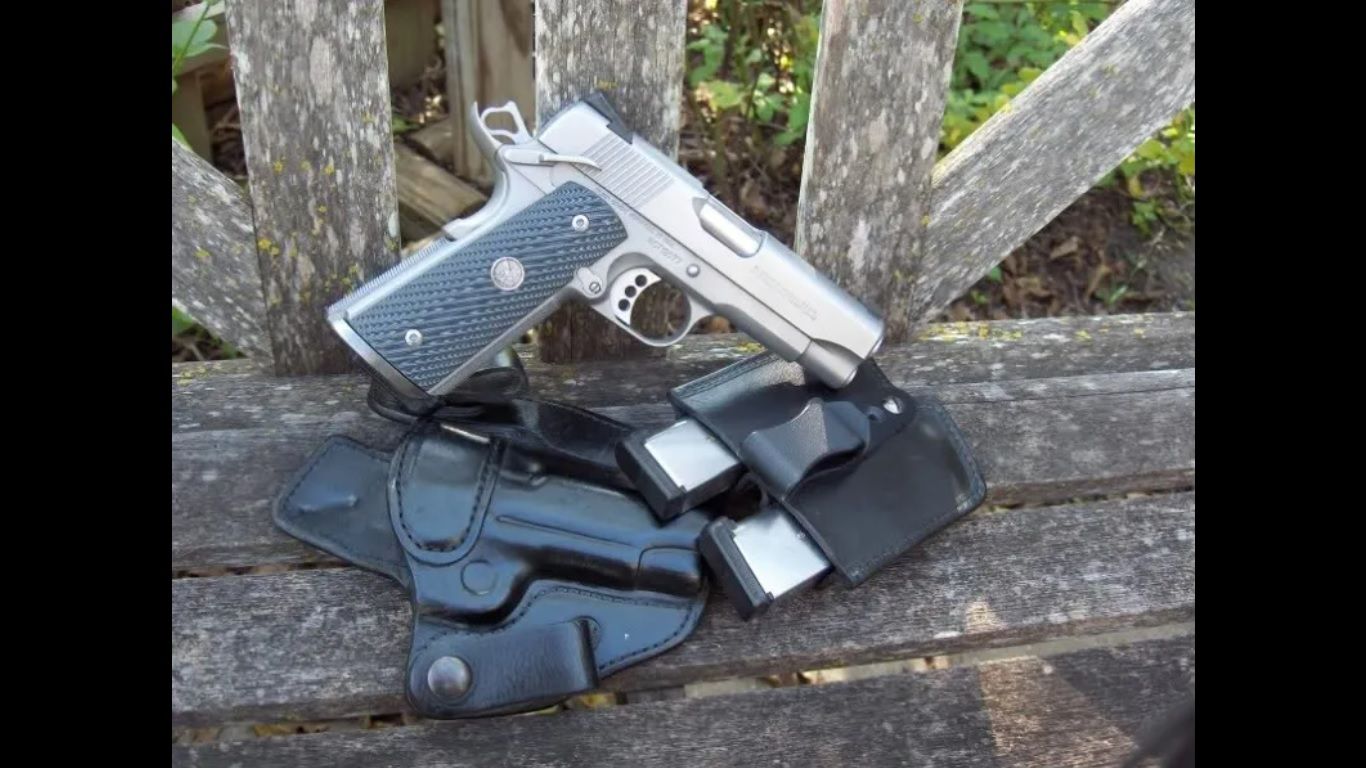 Old Guy "Lost my guns in move to nursing home."

One should carry enough that any attacker would never think he could just wait until the ammo runs-out.

Big Green said:
Did you fire five rounds or six? In all the excitement I lost count.
Click to expand...