Hogue Knives..how did I not know about this?

vmax said:
I have one tanto knife, its a Browning folder.. 25 years old.
I just hate sharpening them..lol
Click to expand...

I have a Kershaw Tanto. I hear you sharpening. I used to sweat keeping the point between the main blade and the tip blade surfaces.

But I sharpen on a Worksharp Ken Onion bellt sharpener. Over time, I gave up worrying about that point and just sharpened the blade kinda like any other. It rounded a bit, but still functions great and stays sharp. I'll post a pic, but that worked for me.

I do have a Cold Steel Tanto that I pay much more attention to sharpening, but as it's rarely used or carried, it doesn't really matter, since it stays sharp in the sheath in the knife box.

I just discovered Hogue makes ,or at least made fixed blade knives as well. This one is an Allen Elishewitz design with A2 steel. So far I am liking it. The sheath is a locking one, it isn't coming out unless you want it to. This will be the first day to carry so we will see how it goes 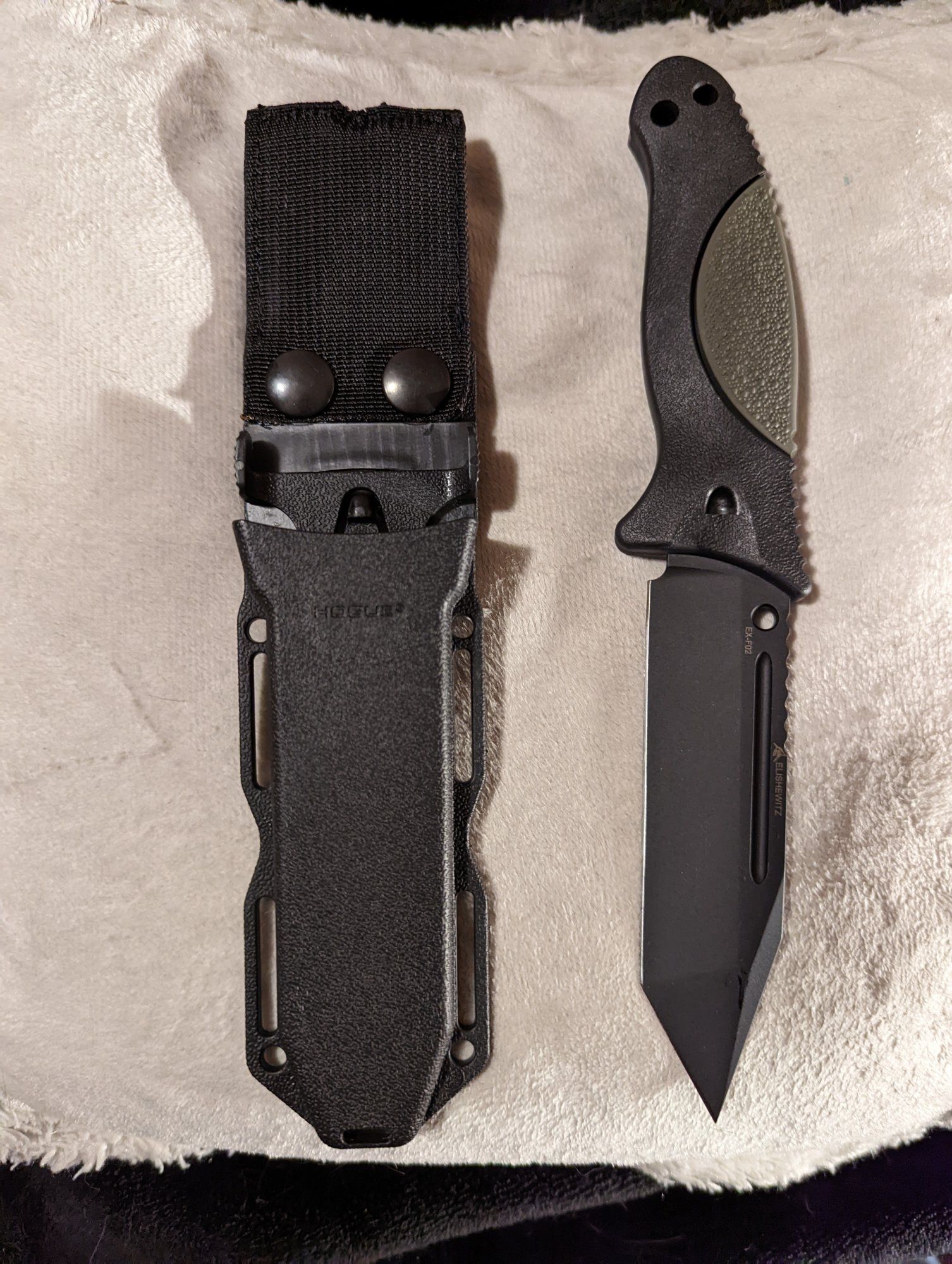 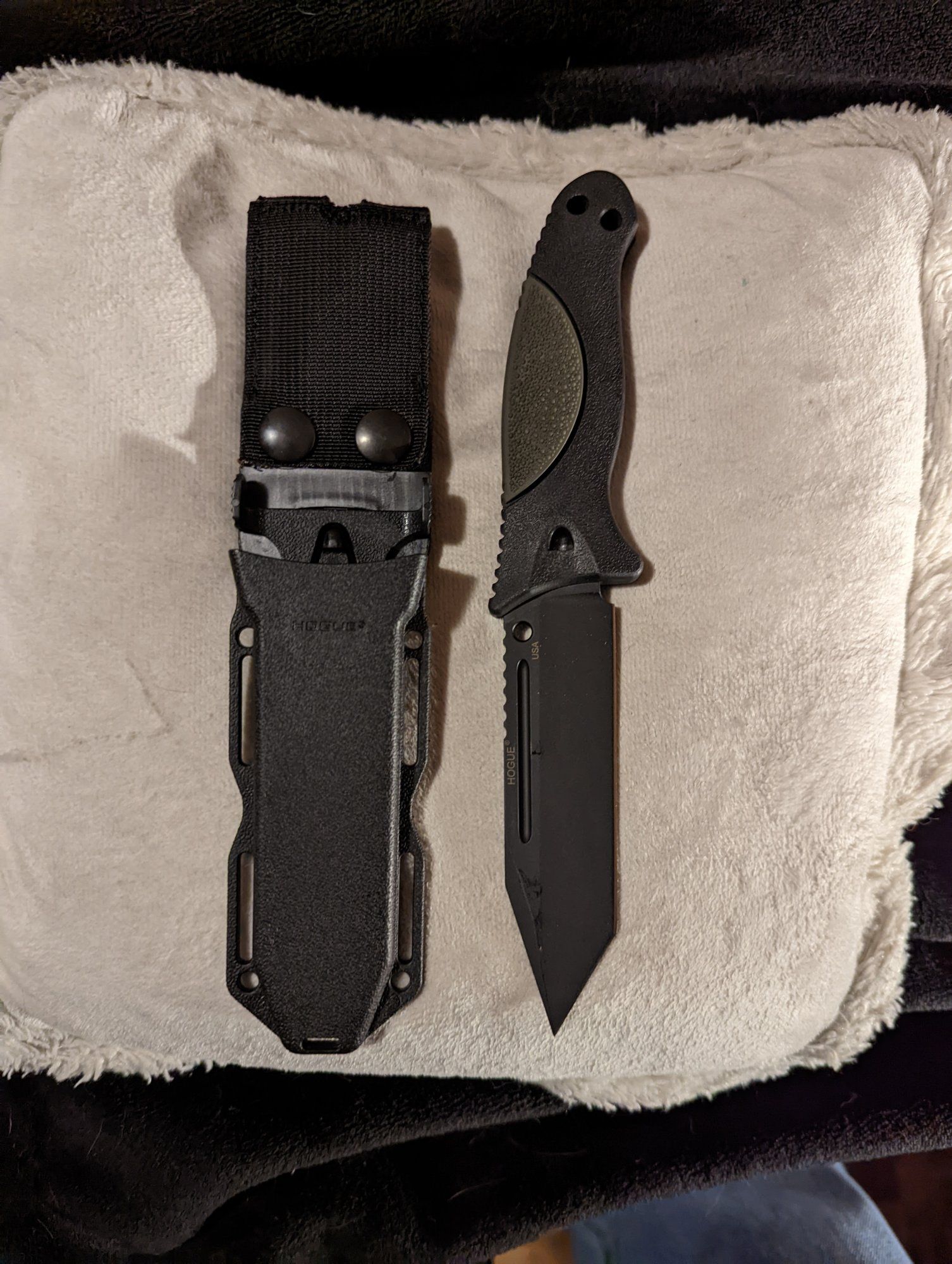