Change in Texas Law on Use of Batons

I came to Texas years ago with the understanding that expandable batons were illegal to carry and use in self defense. I specifically checked this out before moving here because I have always been a fan of batons as a good non-lethal defense weapon in addition to concealed carry. Sometimes, the nature of the assailant and the element of surprise means you can quickly dispatch or discourage an attacker with a baton providing you have the proper training.

I was reading a thread on the Calguns forum that showed the following video of a tourist in Hollywood being brutally attacked by a bunch of street thugs and thought to myself that, with his youth and determination, he could have probably laid those low life out with a baton. This led me to double check the Texas law where I learned that, as of September 2019, batons, clubs and a wide range of self defense weapons were legalized; something that I had not been aware of.

Anyway, now that I am no longer a spring chicken, any kind of effective physical response from this old guy is pretty much out of the question, but the .45 ACP response is still at the ready if needed. I will, however, now keep a expandable baton tucked in the door pouch of my truck since they are now legal and they can certainly come in handy in a pinch for man and canine defense.

Anyone know the legality of an expanding baton, tomfa, yawara, or other type nonbladed defense device in Texas? Sent from my SM-G955U using Tapatalk

up in Tivy's Holler, Gillespie County.

Give them a jolly good dose of yer poiniard (now also legal)....they don't like it up em!

I was not aware they were now legal either. For it's size, the expanding baton is a very effective self defense weapon.

Axxe55 said:
I was not aware they were now legal either. For it's size, the expanding baton is a very effective self defense weapon.
Click to expand...

No. It is not. It is a compliance weapon. If you are attacked by a group, deadly force is what you seek, not compliance. ( expandable baton instructor here)
R

Hoji said:
No. It is not. It is a compliance weapon. If you are attacked by a group, deadly force is what you seek, not compliance. ( expandable baton instructor here)
Click to expand...

Wow what a reply. And from an unlikely (reputable) source as a baton instructor, lol

Care to share some of mine? Ya want a Mnt. Dew or a Coke to go with your popcorn? 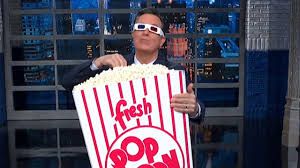 Brass knuckles too. And most people won't know carrying a hand gun is now legal too