Just me and the dog.

And maybe even support the poor deceased's family with a monthly income. Biden might do that or perhaps John Kerry will do it. Free ketchup for life.
B 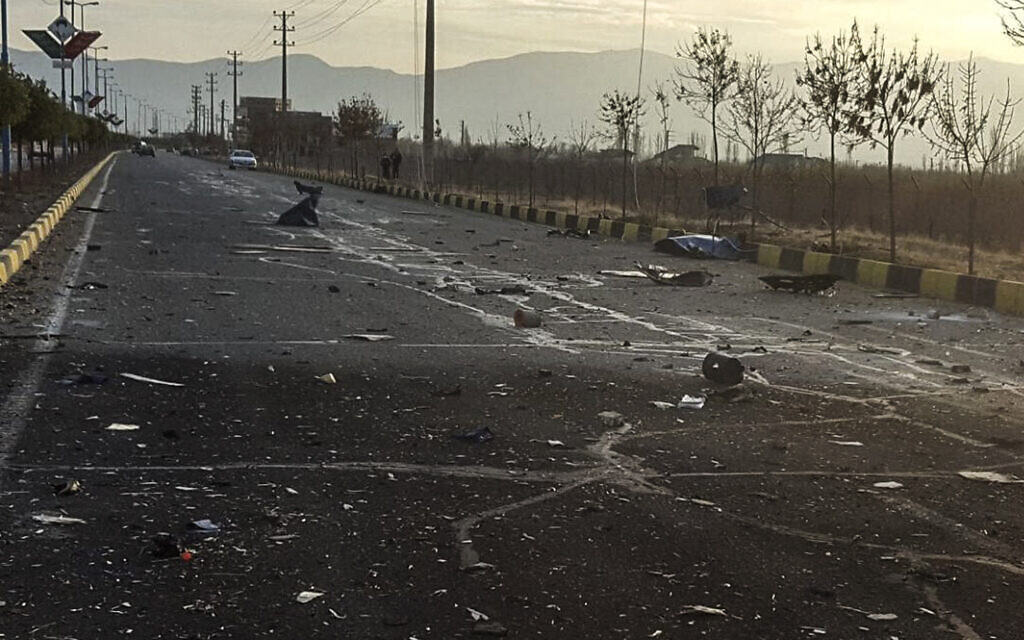 Interesting report/claim on how he was assassinated.

Interesting article; thanks Bob.
--
I'll also just mention that within the last year or two, Iran has lost five other lower level nuclear scientists to suspected Mossad involvement. Not widely reported in the U.S. (Not a particularly "healthy time" to be Iranian and be working on certain physics projects in the Islamic Republic).

Someone has been watching breaking bad.

oldag said:
The thing that gets me is all the news reports saying Iran stopped its nuclear weapons development years ago.

Really??? And if they believe that, I have prime farmland 20 miles south of Galveston to sell 'em.
Click to expand...

Interesting report/claim on how he was assassinated.
Click to expand...

Soon to come to our shores, and in fact everywhere.

The advent of reliable, self-driving cars will make remote attacks easy and safe for the attackers. Just put the bomb in the trunk, and tell the car to drive itself to the embassy / hotel / restaurant / whatever, then once you see on your app that the car has arrived, you blow it up. Thanks to on-board navigation, you can be on another continent when the bomb in the trunk goes off -- no need for martyrs.

Since cars are so common, nobody blinks an eye when a car pulls up anywhere, and since roads go everywhere, cars can go everywhere, too. And it's a very economical attack. A few self-driving cars only costs in the hundreds of thousands, well within the budget of even a modest terrorist network, making multiple-car attacks affordable. Send an unassuming little Toyota to clear the guards at the gate by blowing them to pieces, then followed by a self-driving lifted truck with big tires to clear the debris field with ease, and blow up at the actual target.

And there's really no way to beat semi-autonomous machines, unless you've got .mil defense systems. Imagine a self-driving pickup truck with a bed full of drones, each drone carrying a kilo of C-4. There's very little such an attack could not destroy.
M