Since the time in getting close, I thought I would post this again to see if any of y'all might be interested. This is the second year of the this event I posted about below

The Adaptive Defensive Shooting Summit is an accessible shooting event for people with disabilities of all skill levels and knowledge of firearms.

So, after much deliberation and not a few phone calls, the decision was made in that I would fly up to the event instead of driving. One of the biggest, and really only, decision for not driving was that pesky state of New Yuck. Shoulda' driven anyway. Would have been a lot less taxing on me to do so. And it would have given me an opportunity to see more of the beautiful countryside up there. The northeast truly is stunning during the Fall color change.

Anyway, this turned out to be one HELL OF AN EVENT! Last year we had a total of thirteen (13) competitors. This year we had a total of thirty-two (32) competitors. We had folks from as close half an hour away to as far away western Wyoming and central Texas. With a wide variance of physical maladies including the legally blind, various amputees, paralysis of varying degrees, and spinal chord injuries of various types, and a Polio victim. With a large portion of the attendees being Veterans or First Responders that were injured in the line of Duty, or on Active Duty. Though a few of the guys and gals had been born with their issue.

The set up for the Safety Briefs, Lunch and Dinner, for both Friday and Saturday, and the awards ceremonies were held in a large tent in front of the indoor rifle bay with most of the competition itself being held on the "upper deck", the multi lane pistol area behind the Pro Shop and adjacent to the classroom building. There was also a couple stages held in the indoor pistol range, in the same building some of the classrooms are, and where the loaner gun Armory is located.

Some various pictures and a Match Book will be loaded in some time on Saturday that will give y'all a better description of the stages than I ever could. *Disclaimer, I received permission to copy the whole book and post as I deemed fit. So, I'm posting all of it. Some of you that have previously competed might be pleasantly surprised. So I've been told.

THE biggest surprise to most of us though, was that Canik, Colt, Glock, Ruger, Sig, and Smith, all had tents on sight to let us play with some of their toys on their dime. Another of the surprises was the generous, and I do mean Generous, amount of prizes given out. Starting with an ADSS (Adaptive Defensive Shooting Summit) t-shirt given to all competitors volunteers, and staff. Followed up by a pretty kick ass backpack full of goodies that included a N.A.R. IFOK, a couple hats, facemasks and gatorz and various other merchandising stuffs.

Then came the Real prizes and prize table. One of the prizes was a new Colt Python, a Colt 1911, a Ruger GP100, and various other mid and upper tier guns. Plaques and some really nice guns were handed out for places one through eleven, along with Best score, High Lady, High Senior, and a couple others I don't remember. There was also a random draw for various prizes on the table (ended up with a nice, new folding knife), and the final drawing was..... everyone that hadn't already won a gun, won a gun. It's "only" your choice of a SCCY, NO DVG, but look, I'm not arguing. I wanted a CPX-2 anyway. As I said, VERY generous.

I will return with pics and other literature on Saturday, I hope.

That's awesome! Looking forward to seeing the pictures you post.

I can't wait to see pictures t hanks for sharing this with us.

This is fantastic. It's great to see people and companies doing something like this for our disabled men and women who love to shoot like the rest of us. I'll bet the pictures, when you get them posted, will bring some tears to the eyes of some of us.

Hopefully, y'all can see and read these. 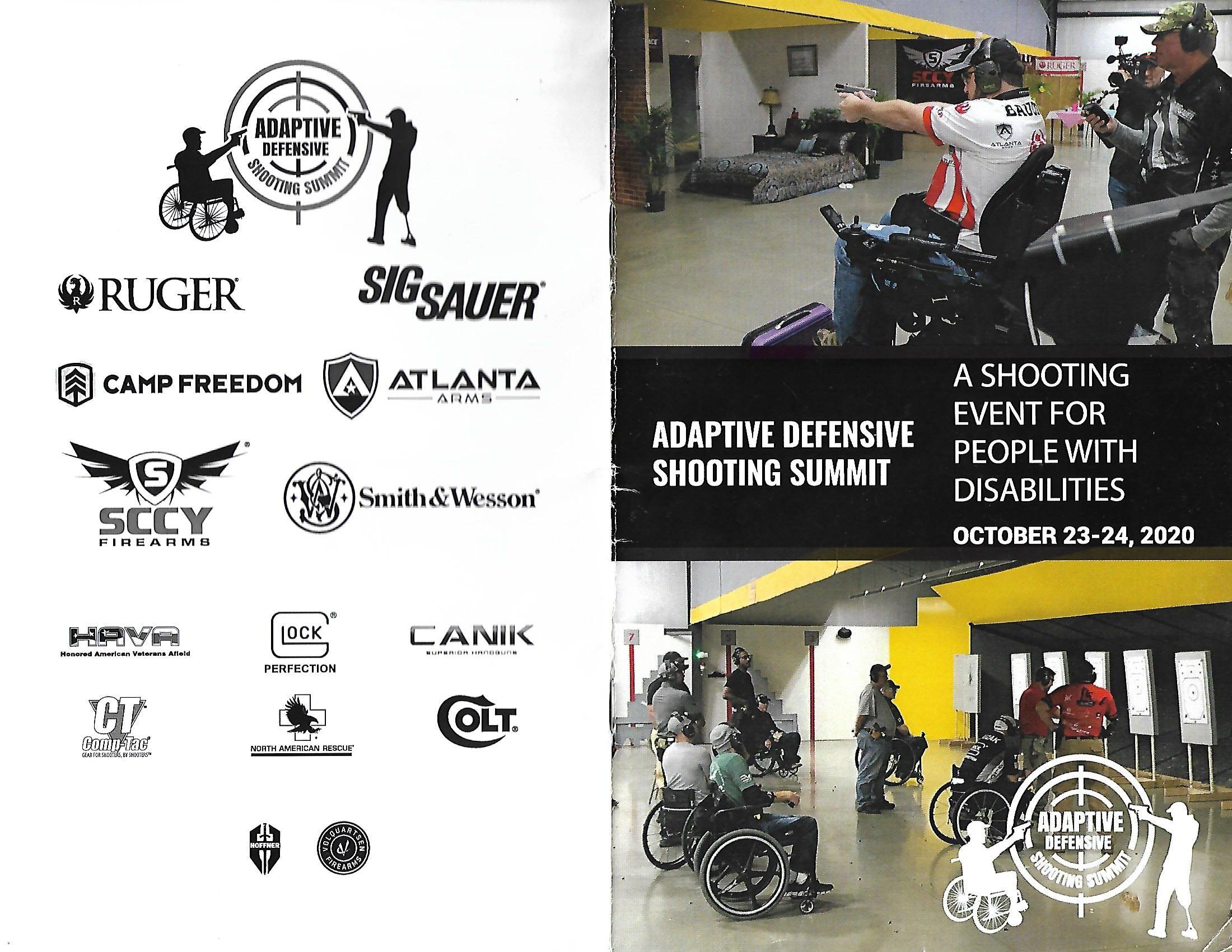 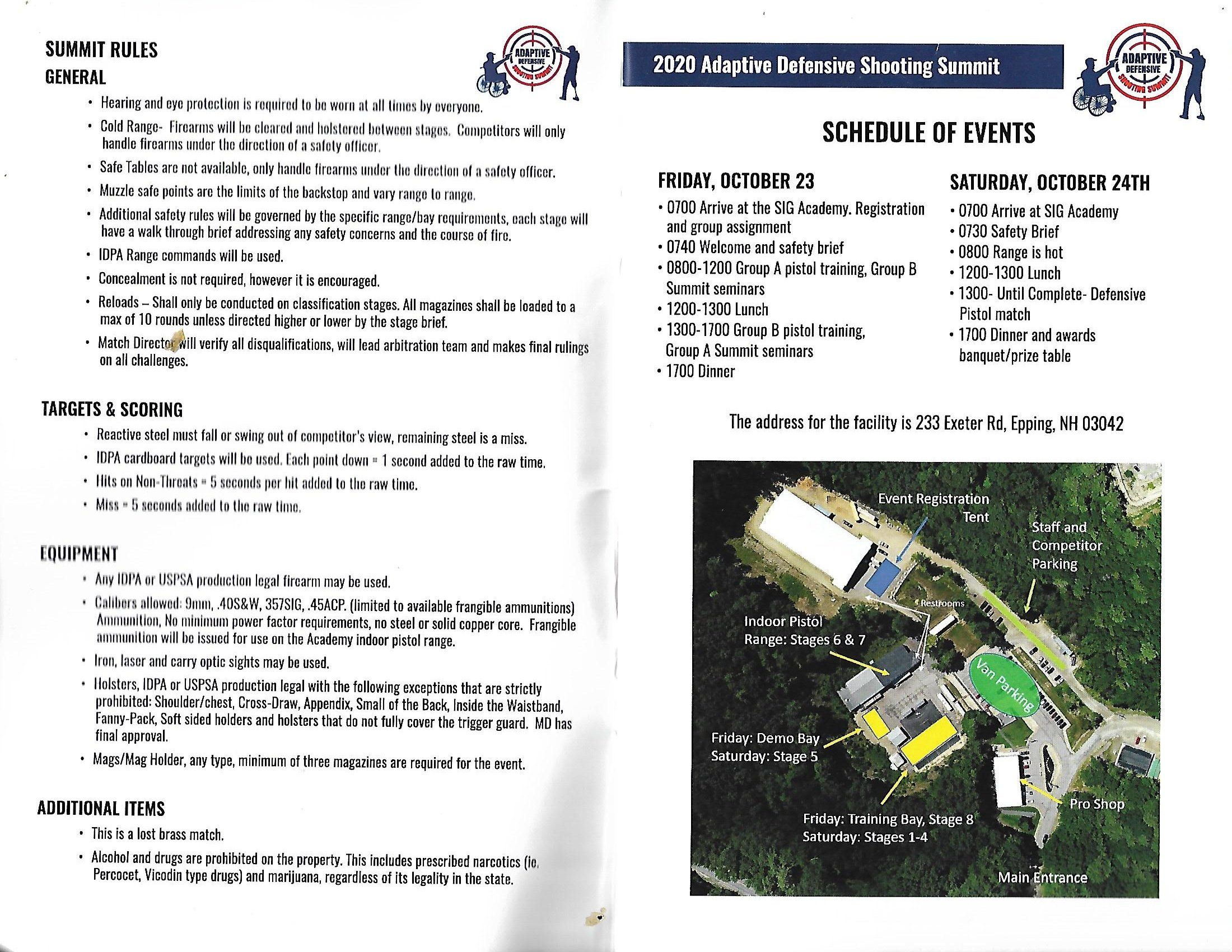 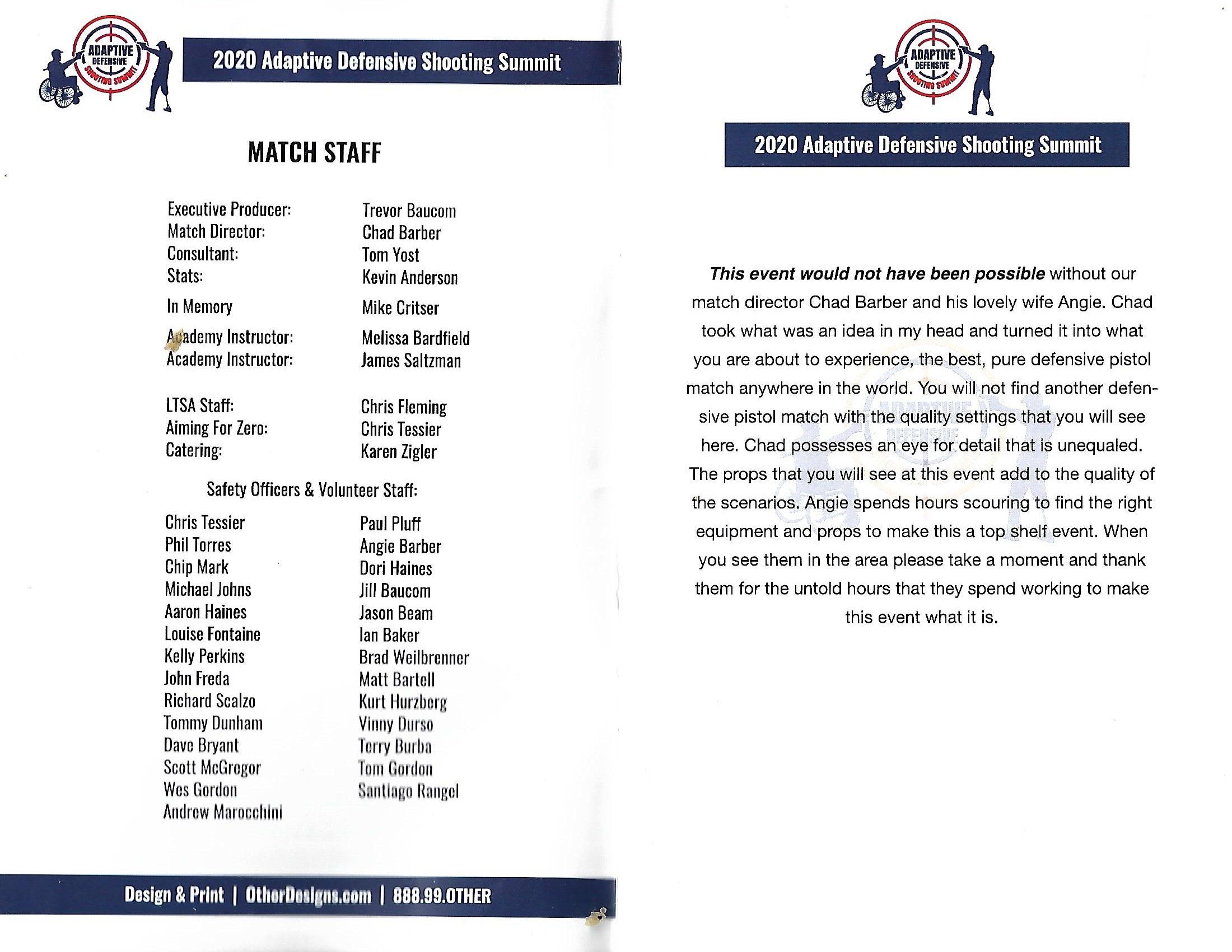 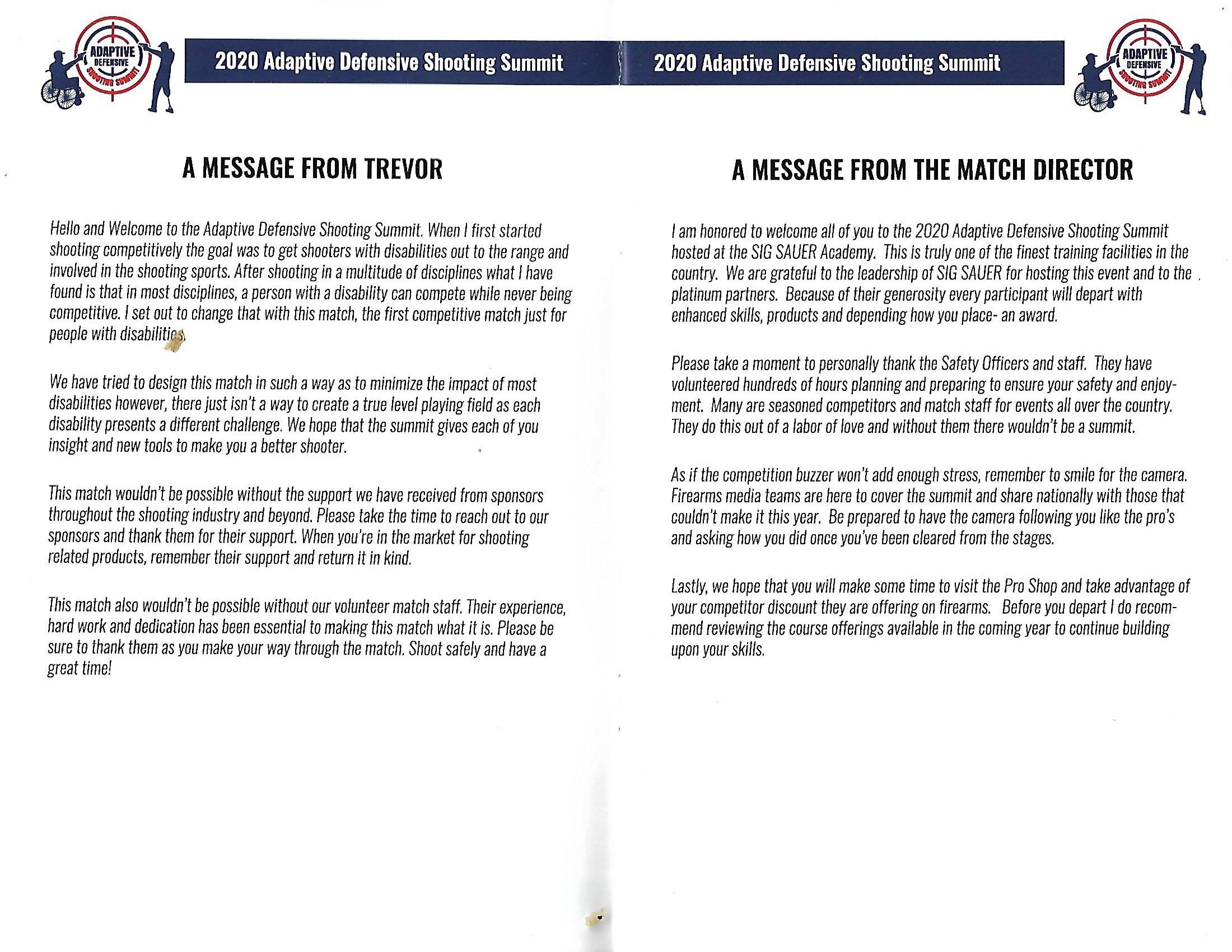 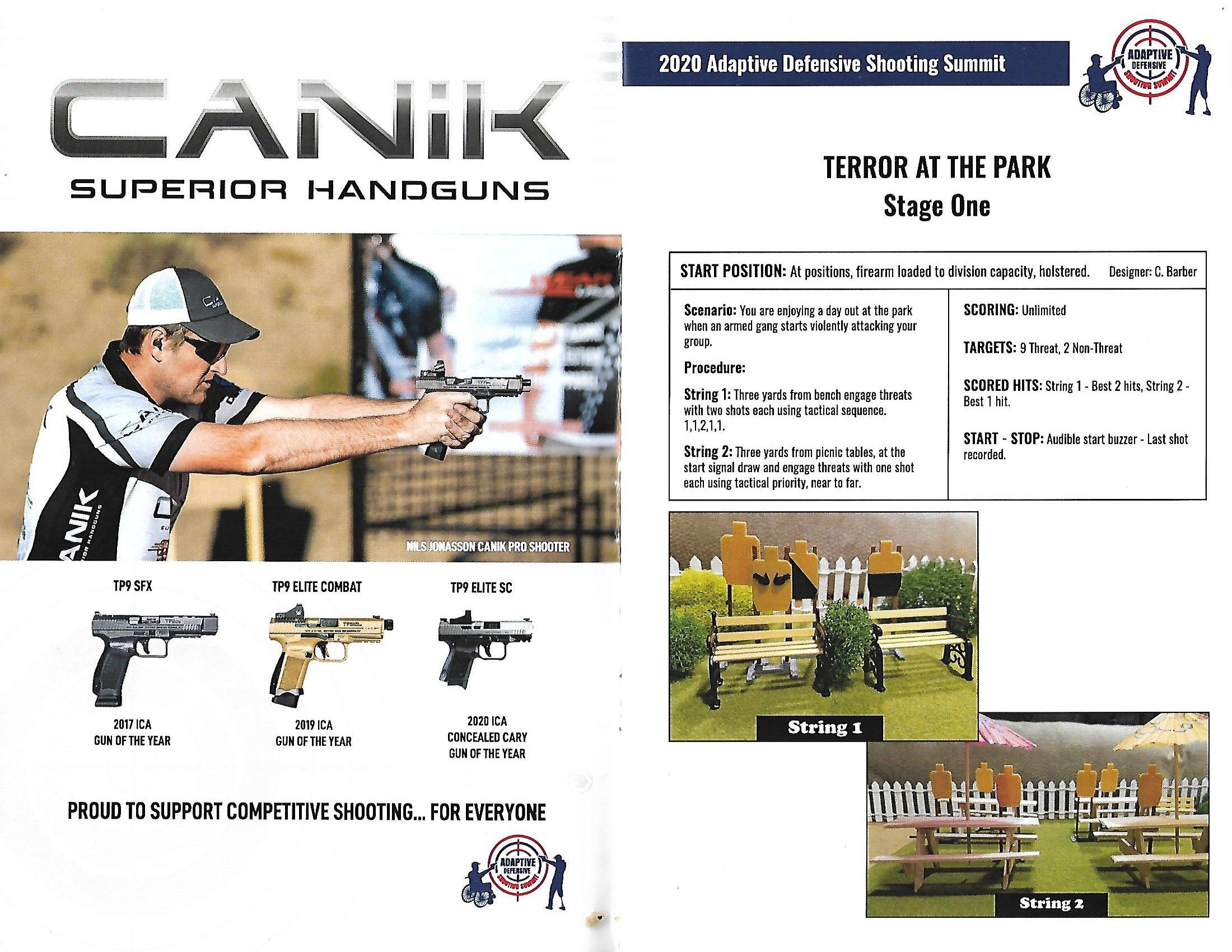 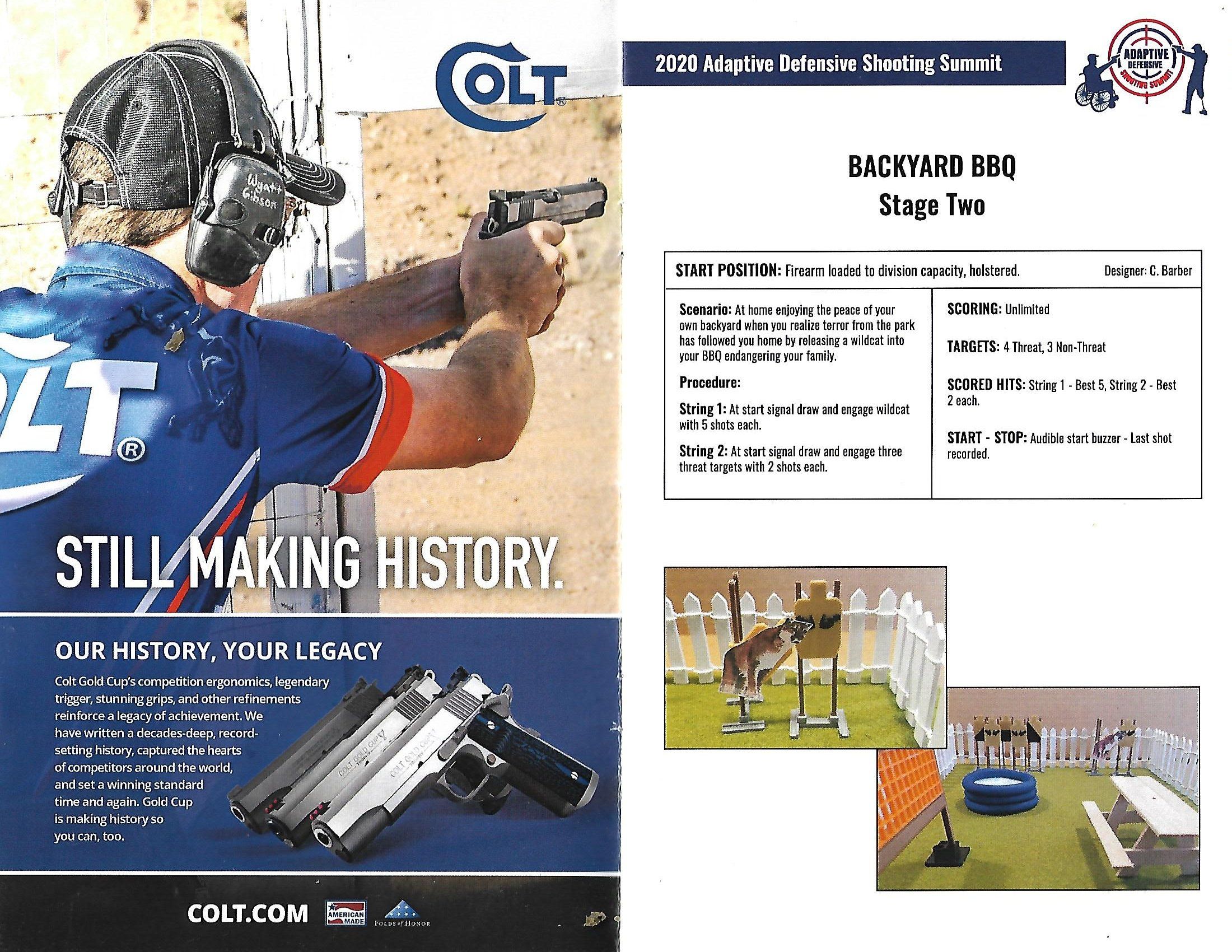 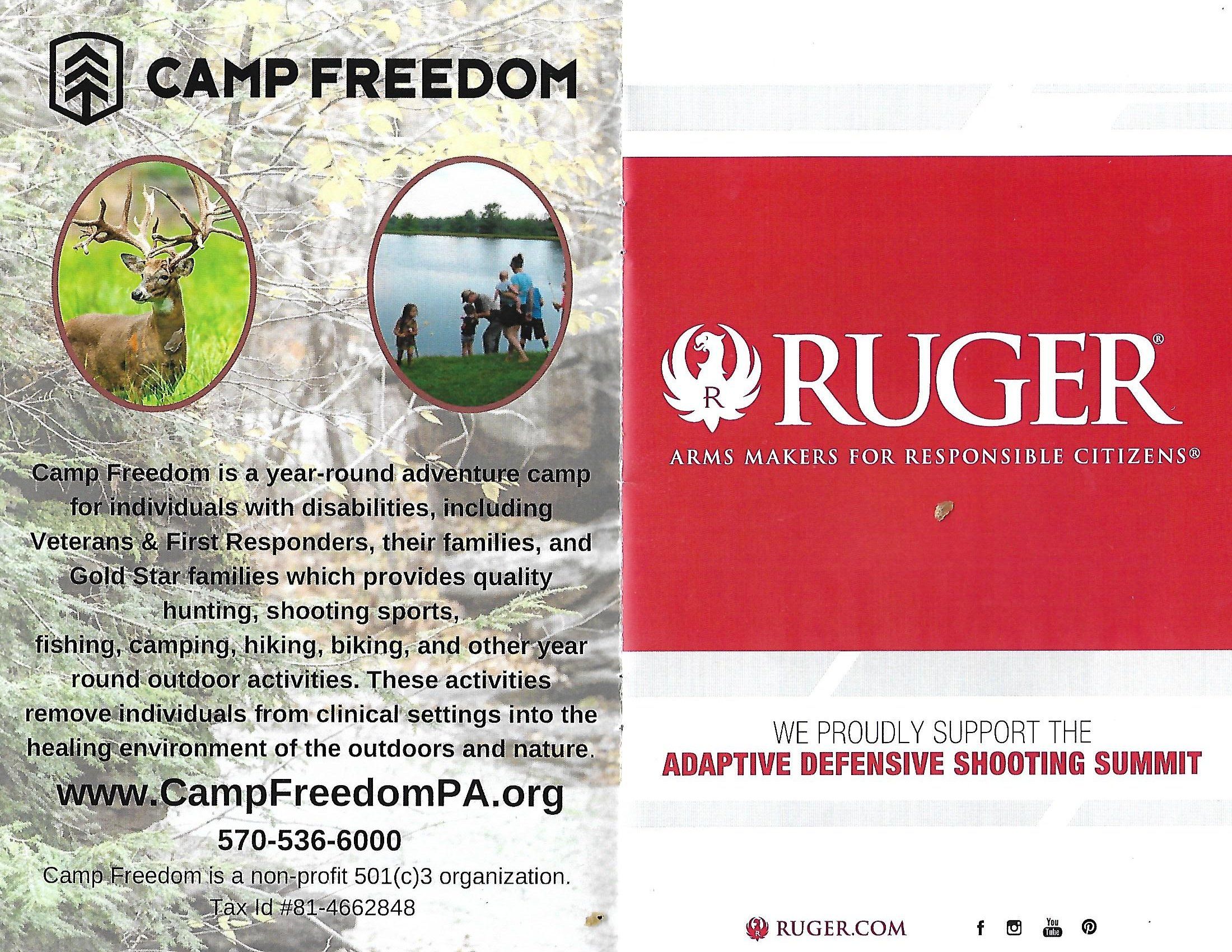 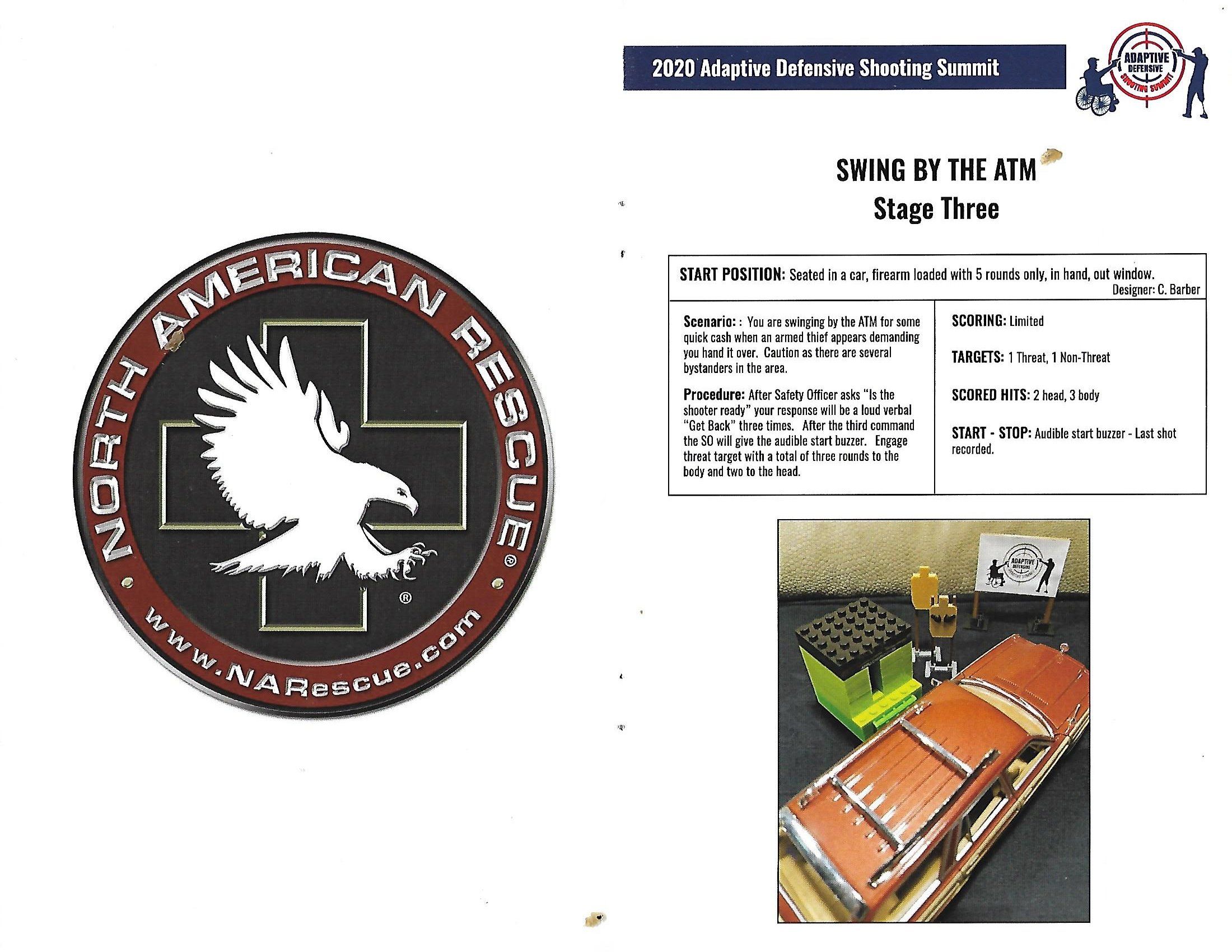 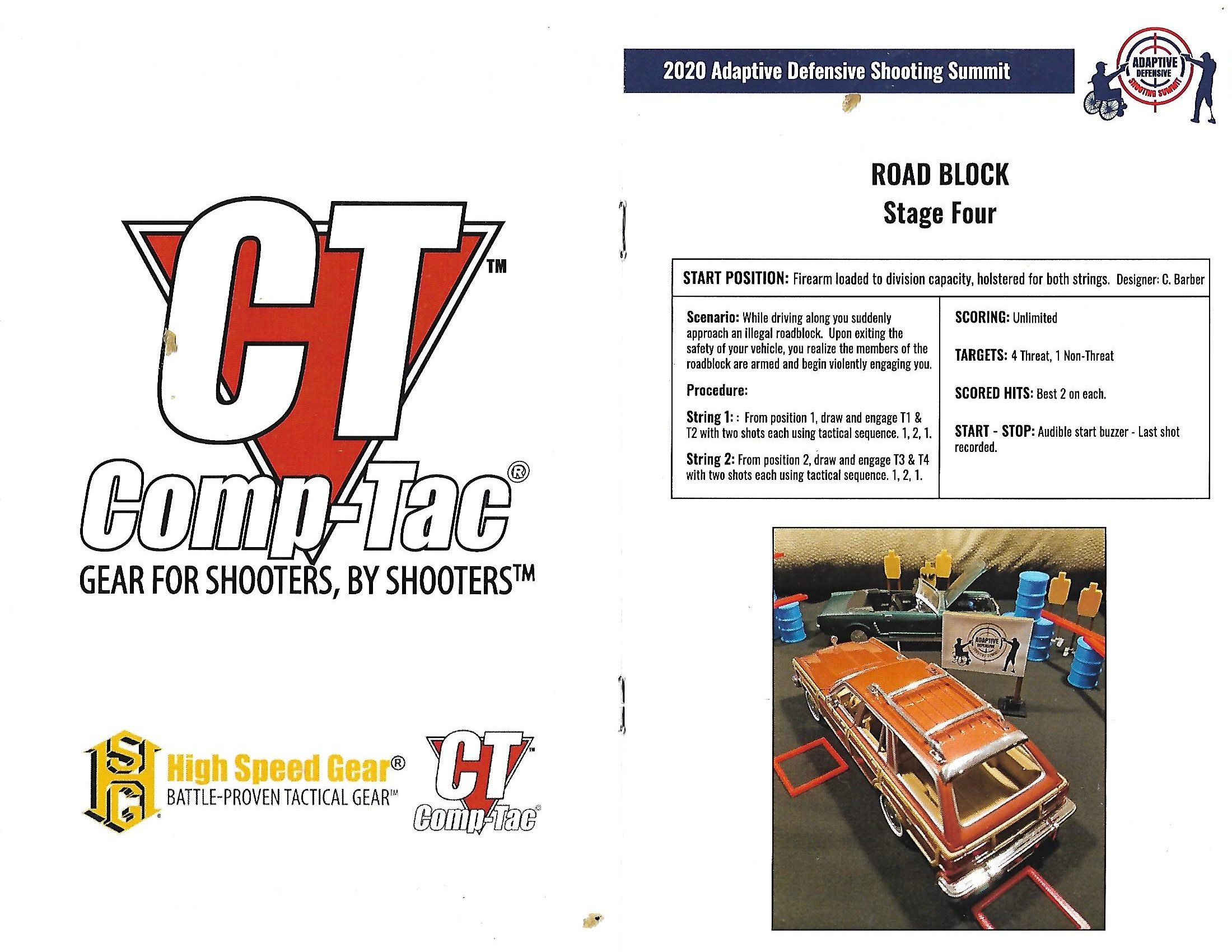 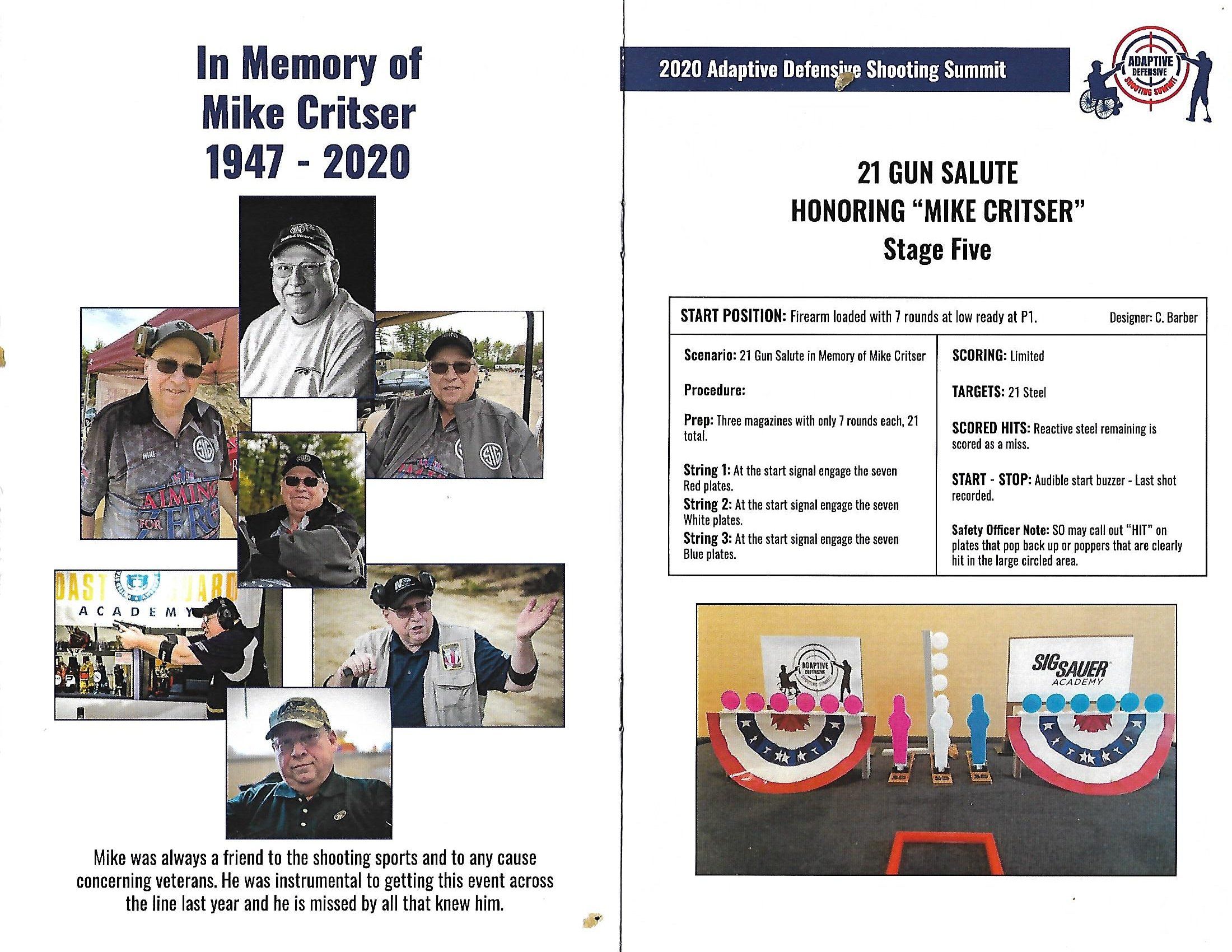 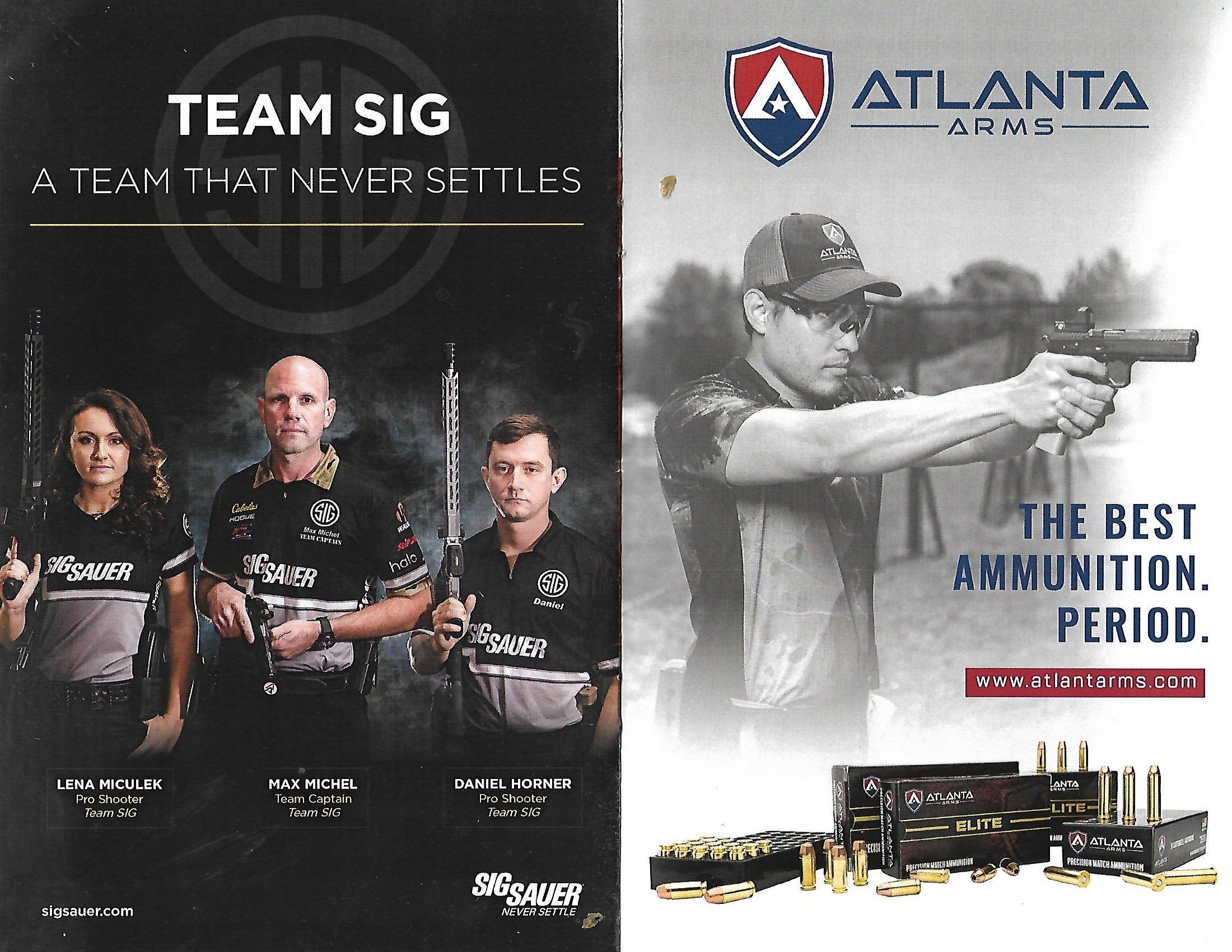 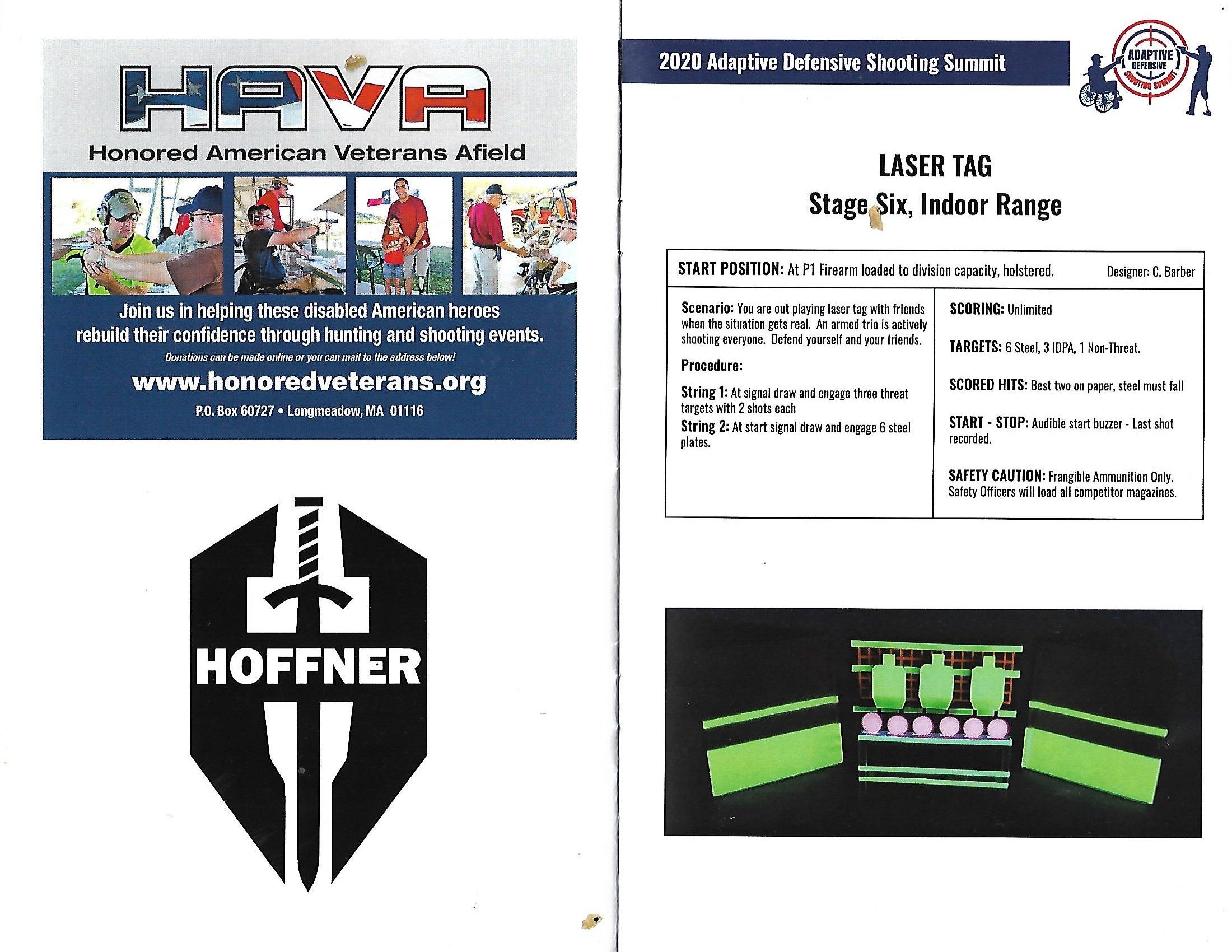 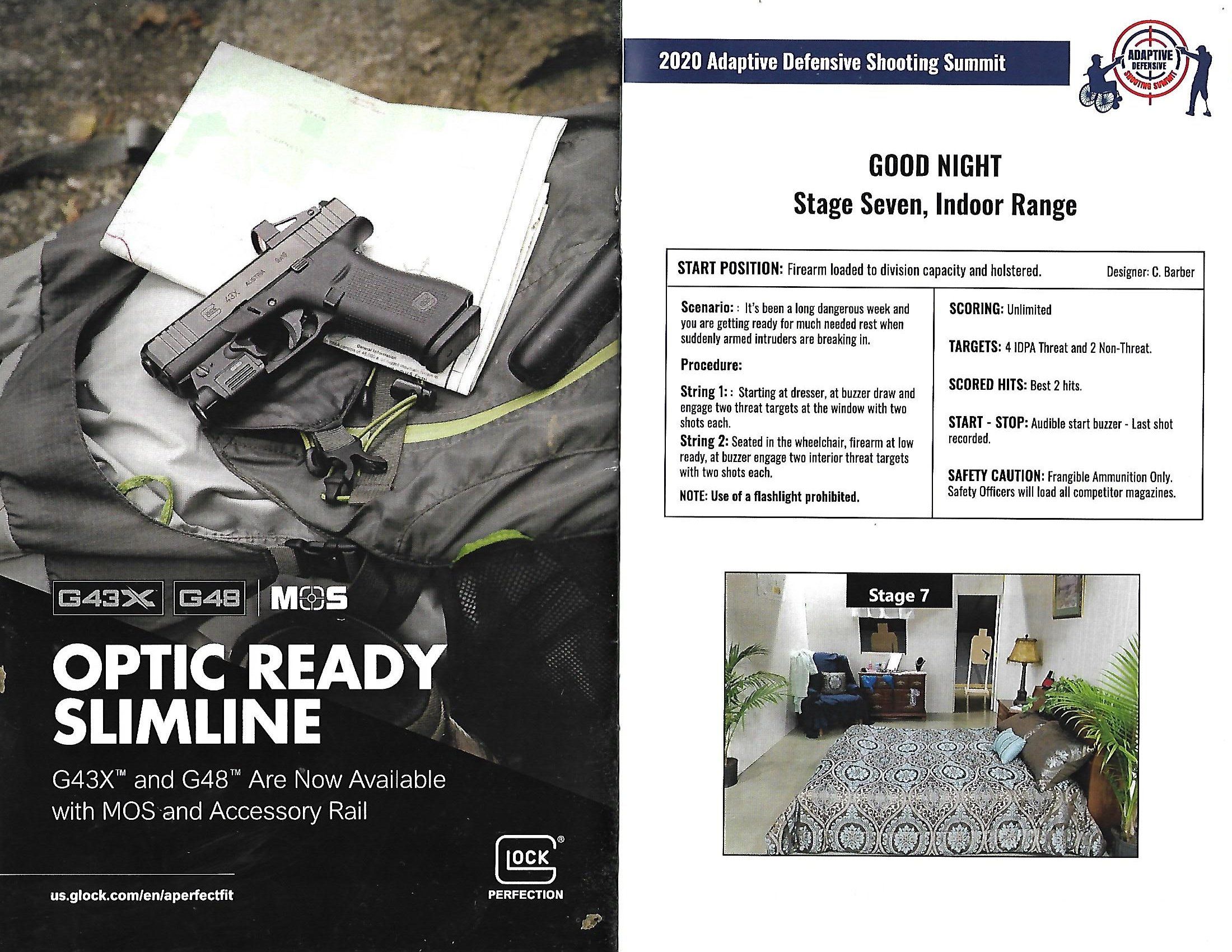 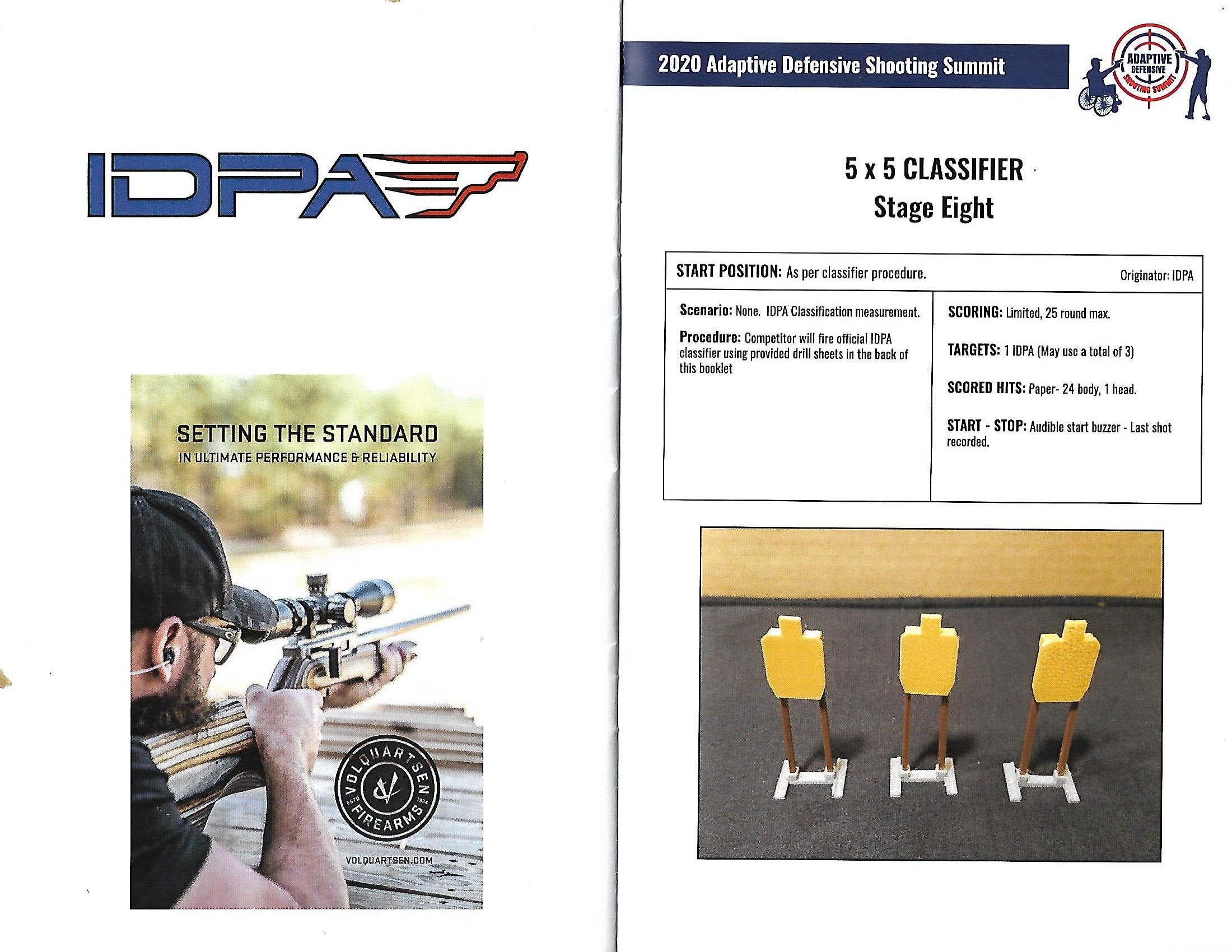 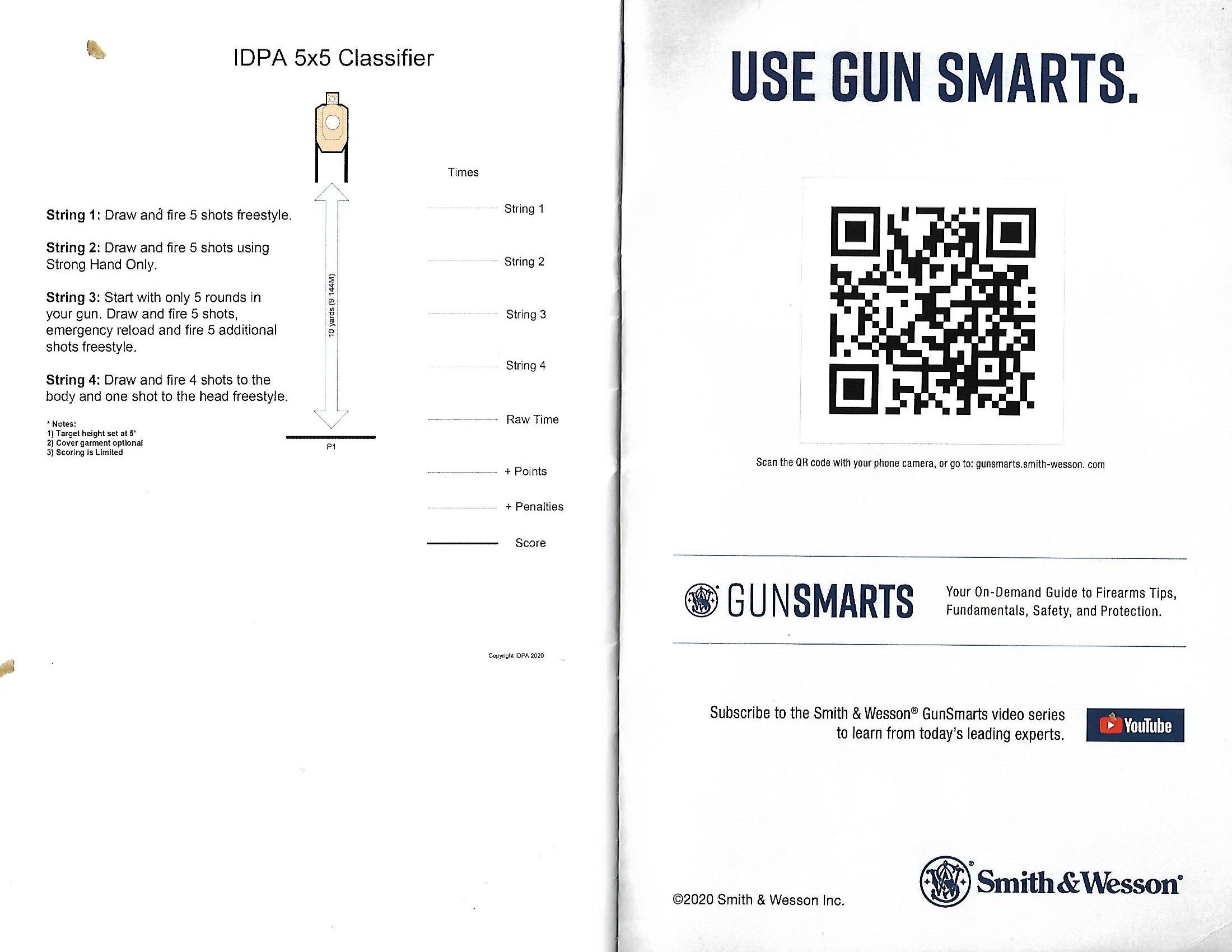 The above are scans of the Match Book.

I'll start posting a few miscellaneous pics after a bit.