Darkpriest667 said:
It hasn't been passed, it was ruled it cannot be included in the stimulus bill.

There is 0 evidence the minimum wage has been raised. Feel free to correct me with the actual bill showing it's going up. 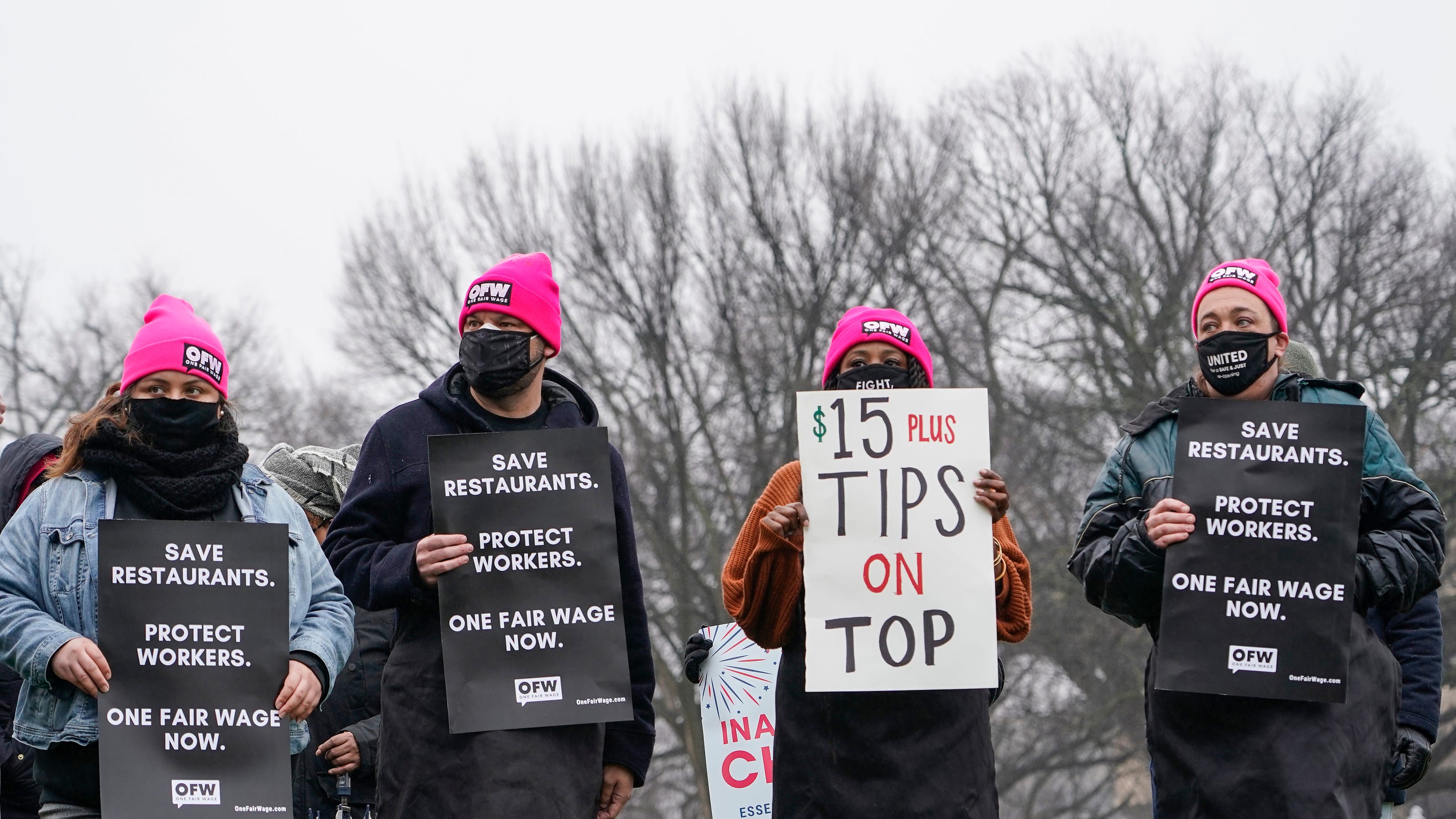 Progressives who have been pushing for the $15 minimum wage viewed the COVID relief bill as their best chance to raise pay for working-class Americans
www.usatoday.com
Click to expand...

There was a bill to raise it to $15 passed by the House in 2019. It obviously went nowhere with the Republican Senate. I think one of the reasons it was included in the stimulus was to be able to blame Republican Senators for people not getting their $1400 checks. But I would be surprised if it didn’t come up again as a separate bill before the 2022 elections.

If the (don't know shit) new guy gets 15. Then I better get 70. Because the cost of living is going to increase dramatically.
S

Vaquero said:
If the (don't know shit) new guy gets 15. Then I better get 70. Because the cost of living is going to increase dramatically.
Click to expand...

100% TRUE but my Army pension & every other OFs pension/SS will NOT go up, so my generation will SUFFER.

Dark priest is correct. The wage hike was not included in the bill passed on to the senate.

It will be separate if they can .

Why should the gov't set the "prevailing wage rate"? By the constitution their job was to "protect the citizens" not to tell us how to live!!!

candcallen said:
I was talking the socialist bullshit. Because it's a utopia of socialist wet dreams.
Click to expand...

Oh, you mentioned them calling something racist, and I've slept since then, so OK.

Darkpriest667 said:
No, it isn't. It was ruled it cannot exist in the bill for the Senate to vote on through a constitutional process that is required to happen on any spending bill that wants reconciliation instead of the filibuster which requires the Senate Parliamentarian to get involved.

I swear, it's like everyone in the internet is an expert at everything, except they aren't.

The bill that passed the house will NOT be allowed to be voted on by the Senate as is because of this reconciliation rule. The minimum wage hike in the house bill has to be removed or it cannot be passed by the Senate without a 60 member vote. No Republican is going to vote for a doubling of the minimum wage.
Click to expand...

The parliamentarian said the minimum wage could not be included in a bill that is eligible for reconciliation. But, she is not the decision maker, only the advisor. And now they want to fire her.

The bill could still go through reconciliation with the minimum wage provision if the administration wants it to and is willing to ignore the advice of the parliamentarian. Biden seems to be reluctant to do that but Schumer is not.

Just me and the dog.

In the Deep East Texas Pineywoods!

$15 an hour for starting wages is, or will be a nightmare on our economy, for several reasons. It would drive up costs on so many things, that would make what a person does bring home barely able to buy just the essentials. Smaller business' would probably go out of business, because they won't be able to afford the higher wages. Some will try the way of just reducing their workforce trying to stay afloat, but I suspect even that will fail at some point, just delaying the inevitable later, than sooner. Larger companies will find ways, by means of automation replacing humans doing the work, and possibly contracting and outsourcing much work that takes a person to do, lowering their dependence on people to get certain types of work done.

no2gates said:
Here's the bigger picture issue I see going down the road. Let's say they start using robots to make burgers, where are all those people who were employed before going to work now?
Then they take it a bit further, why not build houses with robots, or roads?
Now you're talking about 30 to 50% unemployment.
Where does it stop? What CAN'T robots do, except for prostitution and maybe psychoanalysis?
Click to expand...

I wouldn't say that even those last two are off the table, and strongly suspect that the second may be closer than the first... (who knows, Japanese ProstiBots may not be too far away; which, although not interested personally, I'm thinking may give some folks cause for optimism

You can get a high-level picture of what that path could potentially look like by reading some of the earlier Asimov books, though this particular aspect isn't called out explicitly so much as woven into the universal story-line...(hint/brief: the macro-effects across humanity are so nearly catastrophic over time that eventually, even the concept of a Robot becomes virtually nonexistent)...

Bottom line is that pretty much anything involving repetitive labor or finite/structured processing is a viable candidate for automation.
Last edited: Feb 28, 2021

Not where you are

FYI, over HALF of our local Mom & Pop food places are CLOSED & likely GONE FOREVER.

To the LEFTIST DIMocRATS: THANKS FOR NOTHING.

I see ALOT of reference to FF workers.
The 15 min wage will effect every business NOT just FF.

This will effect every business.